Race for the Effective Ebola Caccine

In this last three decades the Zaire Ebola virus (ZEBOV), the Sudan Ebola virus (SEBOV) and the newly discovered Bundibugyo Ebola virus (BEBOV) have caused major outbreaks with case fatality rates of 90%, (Zaire) 50% (Sudan) and 25% (Bundibugyo) (6,22). Ebola virus protection by transfusing recovering patient serum or administering anti-Ebola virus gamma globulin has proven to be a strong motivator to develop a safe and effective anti-Ebola virus vaccine (1,12,18,24).
There are at least a half a dozen different Ebola vaccines in development, but only two are currently undergoing clinical testing (3,15,20). One of these two vaccines, named cAd3-EBO, uses an adenovirus isolated from chimpanzees (serotype 3) (7,21) and engineered to express Ebola virus surface glycoprotein encoded by the Zaire and Sudan virus strains (19). The second vaccine undergoing clinical testing, named VSV-ZEBO, uses a vesicular stomatitis virus (VSV) construct engineered to express the Zaire Ebola virus glycoprotein, (8,14).

Clinical findings for cAd3-EBO were recently been reported, while clinical testing of the VSV-ZEBOV vaccine has only just begun (13,20). 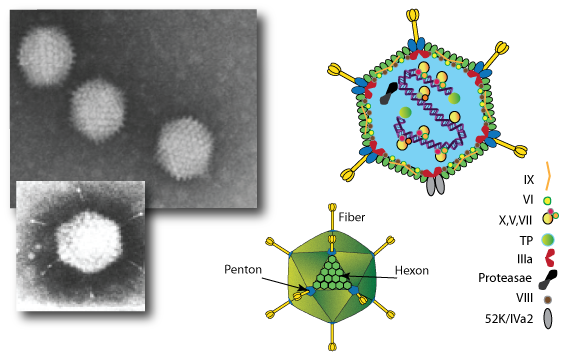 Trials with chimpanzees vaccinated with cAd3-EBO showed 100% protection against Ebola virus challenge 5 weeks after vaccination. These same animals showed 50% resistance against Ebola virus infection after 10 months (19). Clinical findings for 20 healthy adults ranging in age from 25 to 50 and who received a single intramuscular injection of 2×1010 adenovirus particles (group 1) or 2×1011 adenovirus particle (trial VRC-EBOADC069-00-VP) showed overall that cAd3-EBO vaccine was safe and with only minor adverse events (13). Reactogenicity was moderate with fevers occurring in two participants receiving the higher virus dose and were 38.1 (100.6 F) and 39.9 degrees (103.8 F). Fevers were resolved with acetaminophen or nonsteroidal anti-inflammatory drugs NSADs. Activated partial thromboplastin time (aPTT) was observed in 3 of 20 patients which suggested a clotting disorder but was later found to be due to false positive readings in the PTT test and caused by anti-phospholipid antibodies. Finally asymptomatic and transient neutropenia or leukopenia (low neutrophil and leukocyte counts) was observed 3 to 4 days after vaccination in 4 of 20 recipients. 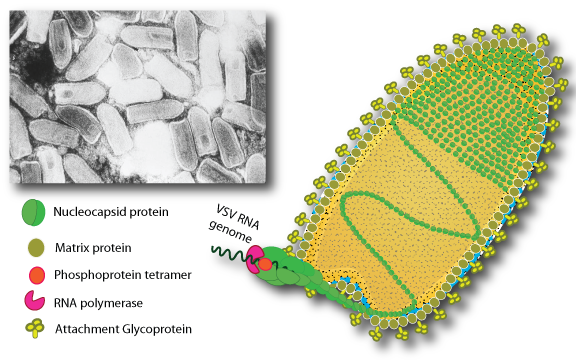 The Ebola VSV vaccine platform is derived from a VSV stain isolated in 1925 during an virus outbreak that occurred in cattle in Richmond, Indiana (23). This Ebola vaccine which expresses only the Zaire strain of virus glycoprotein (11,14) was found protective in different animal models in which vaccinated animals were challenged with Ebola virus (4,5,9,10). For example Cynomolgus macaques injected with 10 million infectious VSV that expresss Zaire strain Ebola glycoprotein showed strong anti-Ebola virus antibody reactivity, even when the serum antibody was diluted 10,000 fold (17).

Anti-adenovirus immunity, that is common in the human population will significantly dampen adenovirus-based vaccine effectiveness (2). Although prior exposure to the chimpanzee adenovirus used to create cAd3-EBO vaccine is considered rare for most humans. this is largely based on testing in North American and European populations. Prior encounters with wild chimpanzees, or chimpanzee adenovirus exposure from uncooked chimpanzee bushmeat  is a possibility in rural West Africa. If found true this will create unanticipated negative outcomes during West Africa field testing or at vaccine “rollout”.  Underlying immunity to chimp adenovirus will prime the individual to respond more to the adenovirus vector and not to the Ebola glycoprotein (16). Since re-vaccinating rural West African populations will be difficult and animals vaccinated with cAd3-EBOV showed only 50% resistance after 10 months (19), we must ensure our present vaccine elicits sufficient life-long immunity to prevent future outbreaks.

Although VSV outbreaks in Africa stemming from importation of infected animals are reported, outbreaks of VSV (Indiana strain) appear largely restricted to North and Central America. It is therefore less likely that the West African population has exposure and  immunity to the current VSV vector (23). If the West African population shows evidence of chimp adenovirus immunity, the lack of VSV exposure may prove advantagous. The VSV-EBOV vaccine would be useful not only if a vaccine boost proves necessary in a future outbreaks, it will also be useful for those populations that already have anti-chimpanzee adenovirus antibodies.